What is Bedouin Zarb?

Zarb is a traditional Bedouin underground oven used by nomadic herding peoples in the Arabian Peninsula. Much like a barbeque, the methods starts by digging a hole in the soft sand. Then cook down wood to coals, place the food over the coal and cover the hole with sand. The food is left undisturbed for several hours. Finally uncover the oven and lift the food from under the ground. 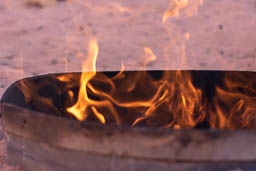 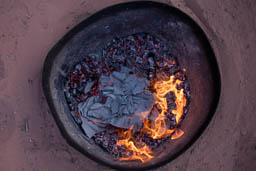 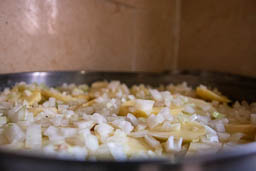 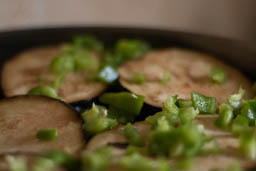 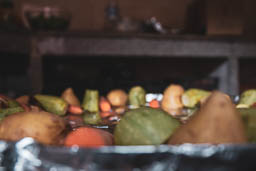 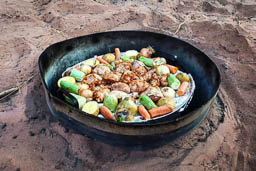 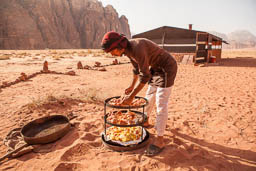 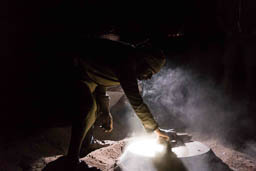 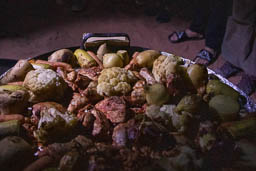 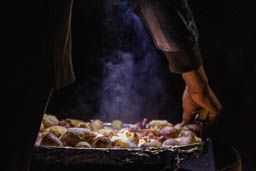 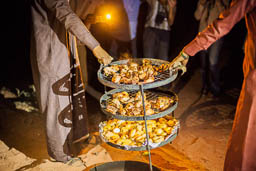 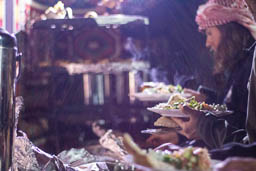 Origins of the Zarb method

The technique has origins in the livestock herding cultures of the Bedouin tribes. Traditionally days revolved around shepherding. Days started early with animals taken to graze, however, due to the desert heat, herders would return before midday. The hot middle part of the day was spent sheltered from the sun, with the animals also resting. Early afternoon animals and herders would return to grazing only to return at sunset. This schedule resulted in families having only the middle part of the day to complete tasks in their camp.

During the hot part of the day, people mostly relaxed and socialised over a pot of tea. Food preparation was one of the important tasks to complete in the middle part of the day. You may notice during your visit to Wadi Rum that most Bedouin eat little in the morning, and have larger lunches and dinners. Islamic prayer times dictate meals and customarily dinner is directly after sunset prayer.

For nomadic herders this posed logistical problems. The middle of the day offered an opportunity to prepare meals and the time approaching sunset did not. Families would be away from the camp in the late afternoon with their livestock. Sand, predators and vermin would destroy any food left unguarded. Thus became the solution of the Zarb.

Families would be able to prepare their meals during the midday heat, place the food underground and leave it cooking for several hours when they could return at sunset to uncover it and enjoy their evening meal.

What to cook in the Bedouin Zarb?

Modern Bedouin Zarb are deep pits with walls and a metal frame lowered into it. The frame have different levels to allow foods that cook at different speeds. The Zarb is primarily used for barbequing, predominantly with meat (lamb, goat or chicken) and vegetables. Certain foods can absorb smoke in the Zarb, vegetables such as cauliflower can have their flavour tainted. The Zarb can also cook traditional rice dishes such as Kabsah. Rice is usually placed in a pot below the meat and vegetables to benefit from the oil run off. The Zarb functions in the same way as a conventional oven and can cook a wide variety of foods.

Join us for the night to try for yourself!