Lawrence’s House in Wadi Rum is called so because TE Lawrence reportedly slept here during his time in the desert. But actually the place has a much older history than its namesake. The British general who united Arab tribes to fight against the Ottoman Empire would have sheltered in this structure around 1917. But the house itself was erected on top of a pre-existing structure built by Nabataeans more than two thousand years ago. The structure was used as a station for passing caravans. As such, the Bedouin people have a different name for this place which translates as “The Small Palace”. Whichever name you use, it is clearly a site steeped in history that continues to fascinate people to this day. 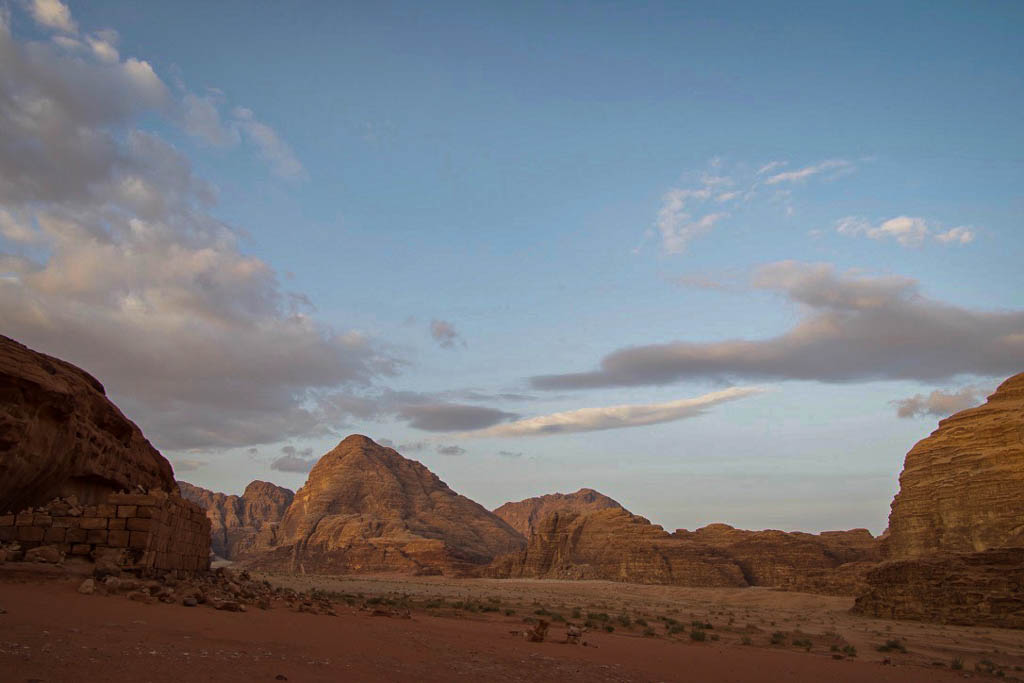 More than just a house

Rising behind the house, a cliff stands dotted with towers of small stones precariously balanced one atop the other. In past times, these structures were used as waymarkers, built by Bedouins to show the safest route along the mountain. But in past years, tourists have flooded the area and started to build their own statues. The multitude of rock piles now signify both an age-old custom and international interest in Bedouin traditions. But don’t attempt to use them as a guide anymore: the real waymakers have long become lost among those casually built by passing travellers.

As you visit Lawrence’s House, don’t forget to turn around! The structure resides at the top of a slope. The view from this place is stunning, with interesting shapes of the mountains across the valley. These were the views enjoyed by passing caravans thousands of years ago, as well as TE Lawrence a century ago, as he sheltered on this spot.

Lawrence House is located centrally in the Protected Area and is included in the standard 4×4 tours. It is around 5km from Arabian Nights Camp and 10km from Wadi Rum Village. The GPS coordinates are 29.528619N, 35.459309E.