Leaning haphazardly against each other, this rock formation towers over the Wadi Rum visitor centre. It proceeds to a gradual peak with the highest pillar at its front. The clear, rounded shapes of the pillars standing side-by-side allowed it to inherit its name. Because of it shapes, this mountain look like many things. A collection of lopsided pillars, a procession of figures fanned out behind their leader, the bulwark of a great ship sailing through an ocean of sand. The modern name is taken from TE Lawrence’s memoir of his time in the desert. Though only five of these pillars are immediately visible, the other two are around the side. It is possible to walk around the formation but the best view is from a distance near the visitor centre. The original Arabic name is Jebel al-Mazmar, which means “The Mountain of the Plague.”

This site is one of the most amazing hiking spots in the area. The trail is one of stark contrasts: on one side, flat sands spread long distances, the very picture of the dry, yellow desert of the imagination in summer. In winter and spring, it is scattered with low grasses and bushes that animals come to graze on. Keep your eyes peeled and you might even spot a camel or two! On the other side, the mountain leaps from the ground in a sheer wall of sandstone and granite. A walk along the base of the rock is done easily at your own pace. Upon approaching the foot of this majestic mountain, tilt your head back and take in the enormity of the pillars. Massive as big-city skyscrapers, these natural formations speak of something ancient. A testament to this place and its withstanding thousands of years of both human and environmental turmoil. 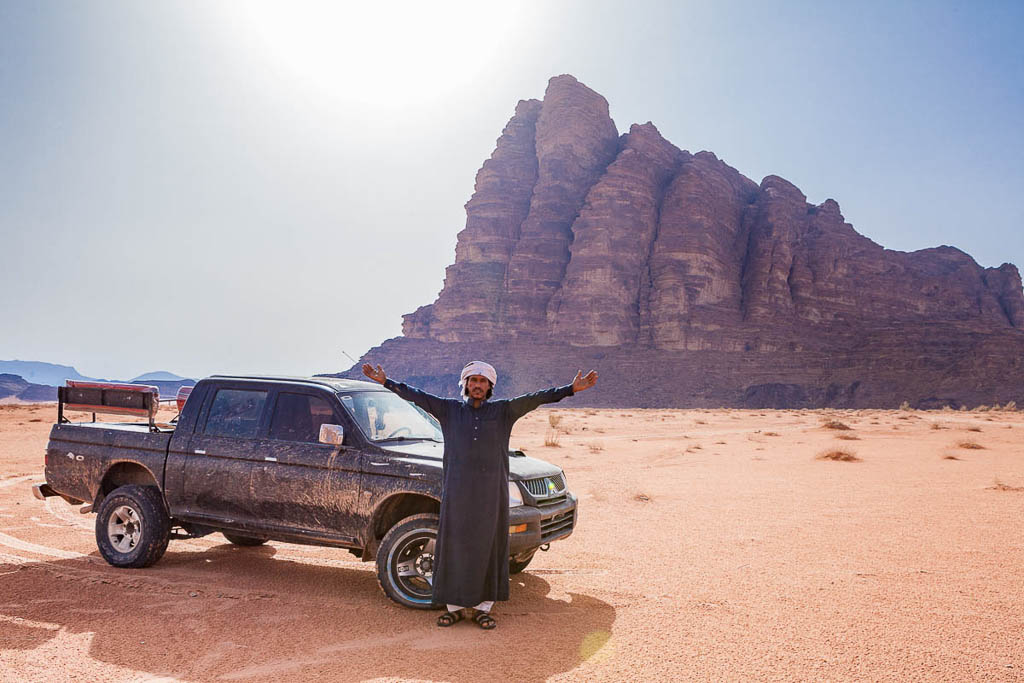 Reachable from the visitor centre

The Seven Pillars are accessible from a track that leads behind the visitor centre. All guests pass the sight on their way into Wadi Rum Village. When stopping to complete the Protected Area visitor formalities, guests can take the opportunity to get closer to the rock formation. Because of its location, Seven Pillars is not included on any tours. However, it is easily accessible for guests either when they first arrive to Wadi Rum or when they are leaving.