Siq Um al Tawaqi is a narrow canyon at the northern end of the Wadi Rum Protected Area. The canyon is picturesque with high red sandstone cliffs and white sand dunes. However, tourists primarily visit for the inscriptions of Lawrence of Arabia and Prince Faisal, the famous historic characters popularised by the 1962 film. The inscriptions were created by a local Bedouin artist. He created the film tribute to provide tourists a photo opportunity while visiting the areas used during filming.

The inscriptions of Lawrence of Arabia and King Faisal have a nearby tea house and other amenities. The inscriptions are on a small rock on the valley floor however it is surrounded by impressive cliffs. The area is surrounded by a fence at the entrance of a narrow slot canyon. The crevice off the side of the main canyon is directly across from a large sand dune. If you ignore the infrastructure and the visitors you can appreciate that this location has served as a well sheltered and comfortable resting place for generations of Bedouin herders.

The canyon’s large white sand dunes at the bases of the cliffs on its western side,  overflow into the valley and develop a deep soft sandy base.

Where is Siq Um al Tawaqi?

The Siq is located alongside the large village of At Diseh which is the commercial hub of the region. The canyon runs from the village at its north and forks at its southern end where there are many rocky outcrops. The tracks lead through various narrow canyons in all directions. To the south east towards Burrah canyon, and to the south west towards Wadi Rum. 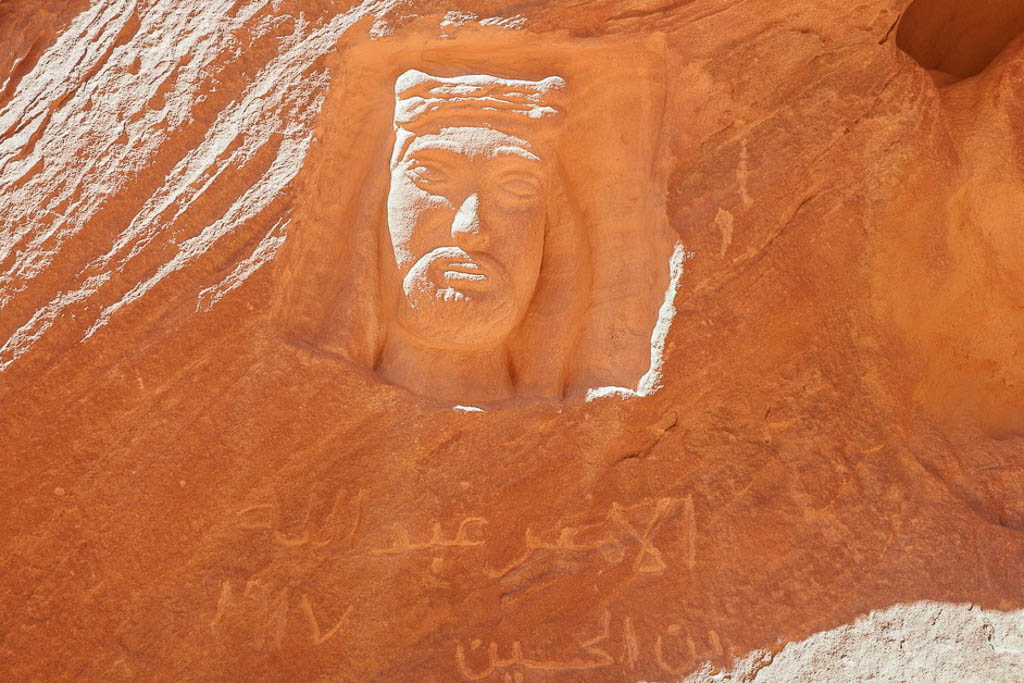