Which language is spoken in Jordan?

The official language of Jordan is Arabic. The entire population, including minority communities speak Arabic, although regional dialect exists. The major dialects are urban, rural and Bedouin. English is widely spoken in the country, both in bigger cities and tourist hubs. The language spoken in Wadi Rum is Arabic. Most people working in tourism will also speak English and some greeting phrases in other European languages.

The Arabic language belongs to the Semitic languages and emerged in the 1st to 4th centuries common era. It evolved from the Nabataean Aramaic script. It is today spoken by over 400 million people over the world which makes it the fifth most spoken language in the world. It is the official language of 26 states. It is named after the Arabs, a term initially used to describe people living in the Arabian Peninsula. There are thirty varieties of Arabic, including the Classical Arabic. This expression is mostly used in the western world. Arabic speakers refers to it as al-fusha, meaning the purest Arabic. All other types of Arabic are versions of the classical one, and classical Arabic can be understood throughout the Arab world. The Quran and Hadith were written in Arabic, therefore it is the liturgical language of the religion of Islam.

Aramaic (used in the biblical texts)

When learning a new language it is always helpful when some of the words are similar or the same in both languages. Fortunately, Arabic has borrowed many words to European languages. This is because during the Middle Ages, Arabic was a major vehicle in science, mathematics and philosophy in Europe. The most influence is in Maltese, Spanish and Portuguese. Balkan languages such as Greek and Bulgarian also acquired numerous Arabic words through their contact with the Ottomans. Languages influenced by Arabic include Persian, Turkish and Kurdish.

Vice versa Arabic has also borrowed many words from other languages. In medieval time the influences came mostly from Hebrew, Greek, Aramaic and Persian, and in modern day English and French.

This is a simple introduction to Arabic to allow visitors to enrich their experience through the ability to share in some of the local language. 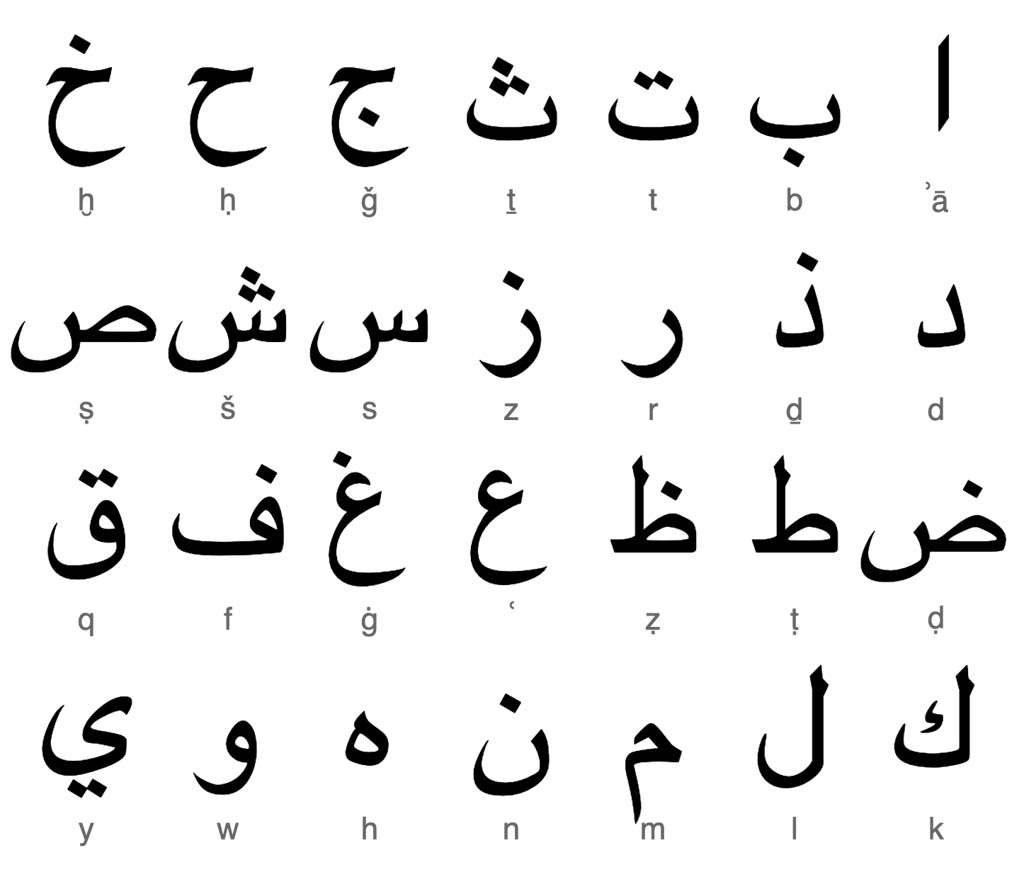