Also referred to as Chicken Rock*

Cow Rock is a natural rock formation in Wadi Rum. Erosion at the base has created a 3 metre high rock that sits on two short legs. The rock is very round and is perceived in different ways from different angles. The cow rock is viewed from the east, however Australian visitors often refer to it being more representative of a wombat or koala with its wide flanks. More accurately it in fact looks like a chicken from its west, many Bedouin in the area refer to it instead as chicken rock, which fits the 2 legs the rock stands on. From the north the shape of a Pharaoh’s head is also evident.

Cow Rock is south of the major tourist sites in Wadi Rum within the white desert. It is visited on white desert tours or during itineraries to climb Umm Ad Dami. The surrounding area is picturesque and the landscape views are as impressive as the geologic formation. For most visitors to the white desert, passing the landscapes between sites are equally as rewarding as any of the attractions. 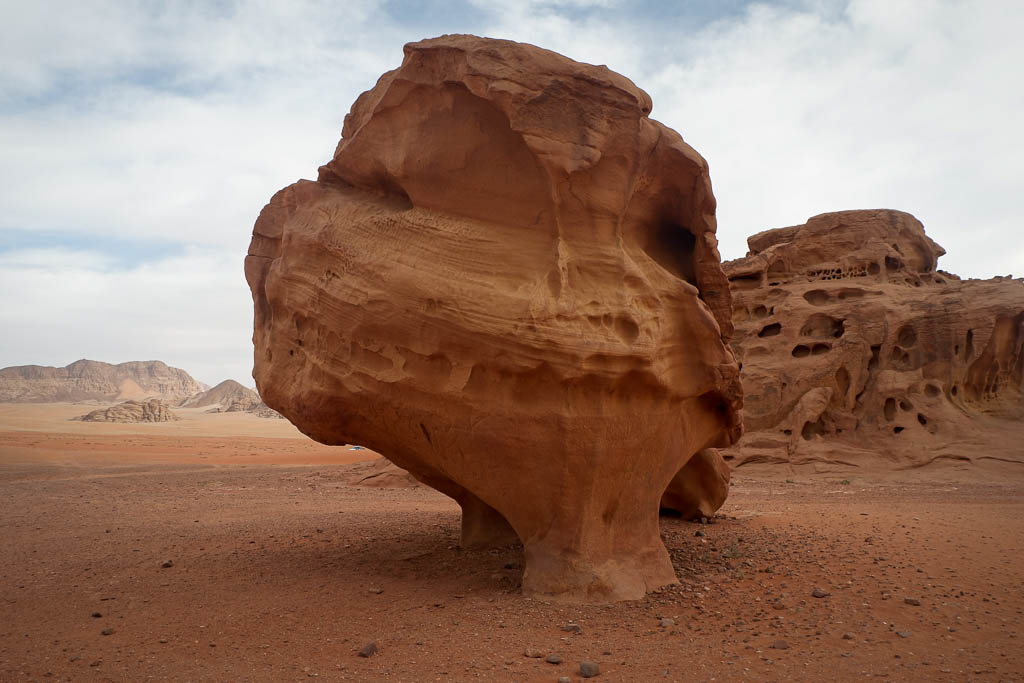