The Wadi Rum Protected Area is 720 square kilometres and is considered to be protected by the strongest governance framework in Jordan. Wadi Rum represents more than 60% of protected territory nationally and is surrounded by a 5km buffer zone adding over 500 square kilometres. Following the success of the 1962 film Lawrence of Arabia, tourists began to visit Wadi Rum. In line with global trends tourist numbers exponentially increased from the this time. To cater to the increasing visitor numbers, infrastructure and regulation has been updated to deal with mass tourism.

Wadi Rum was initially identified as a potential nature reserve in 1978. The Wadi Rum Protected Area was established in 1997 by the Royal Society for the Conservation of Nature with an area of 54,000 hectares. In 2002 the area was expanded to its current size. In 2010 a national committee was set up to manage the Protected Area in preparation for its inscription as a UNESCO World Heritage site in 2011.

Wadi Rum was inscribed as a UNESCO World Heritage site meeting the criteria both as a cultural site and a natural site. The sight was acknowledged as meeting listing criteria:

The national government in partnership with UNESCO, NGO’s, international aid and the community have established measures to promote the protection of maintenance of Wadi Rum. The International Union for the Conservation of Nature (IUCN) world heritage outlook has rated Wadi Rum as ‘good with some concerns’.

With the increase in tourism over the past decades the human impact on Wadi Rum has increased significantly. A number of important regulations and controls have been put in place to alleviate some of the pressures: 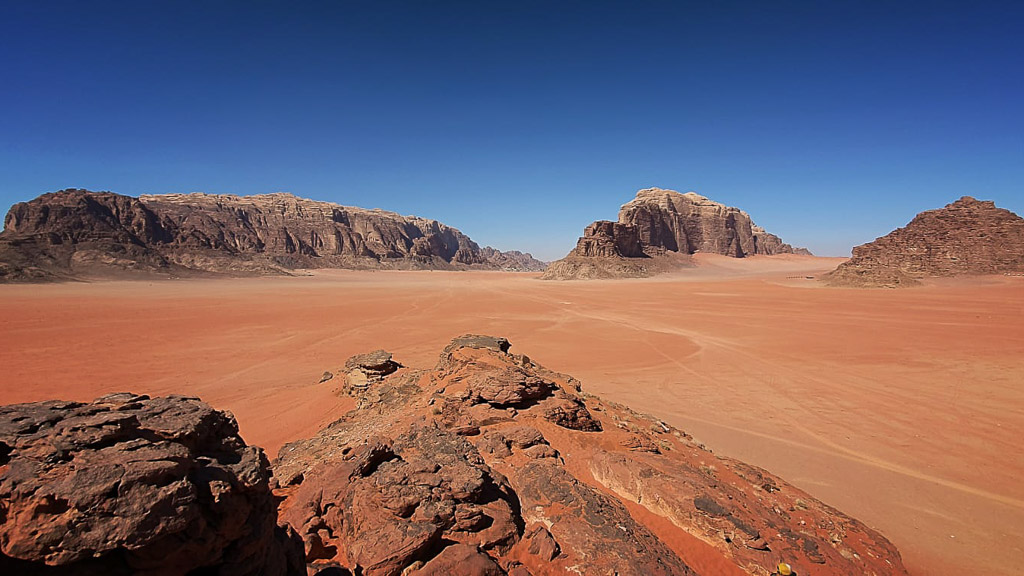 One of the most significant factors on the Protected Area is the impact of vehicles. With tourist numbers estimated at over 200,000 annually, the tracks caused by the additional vehicles impact the environment. Concerns for impacts on vegetation, wildlife and the visual marks of human activity are valid. The best approach to limit the impact is for drivers to use the same established tracks. In Wadi Rum where the surface is soft wind causes tracks to change and disappear. If driving in the Protected Area please stay on the established tracks where possible. If you are travelling with someone and you notice they are inconsiderate of this politely inform them that it is important to the preservation of the desert environment.

Unfortunately portions of both the Jordanian public and local Bedouin are not yet educated on the negative impacts of littering. It is evident in Amman as well as Wadi Rum village that more action is required to effect cultural change. Inside the Protected Area, around desert camps and at tourist sights, provide an example by being responsible with your waste. Highlight the importance of this to others by collecting waste and sharing with them the necessity in sustaining the natural setting of Wadi Rum.

Encroachment of the village

The village of Wadi Rum is densely built up and under population pressure. Building regulation limits buildings to single story dwellings. Largely the access to village infrastructure and land titles ensures that the village remains concentrated in a small area.

Over generations Bedouin have become accustomed to being very conscious of their water consumption. Foreign visitors however demand significantly greater water and during the high season there can be more visitors than locals in Wadi Rum. As such the limited water resources in Wadi Rum are insufficient. Camps within the Protected Area transport their water in 4×4 tankers from the oasis village of At Diseh which supports an industrial water supply and agriculture.

Separately aquifers have been established to transport ground water to urban populations in other areas of Jordan. This operation must be carefully managed to ensure the water table in the area is not irreversibly drained.

Although Firewood has been collected by local Bedouin for centuries, increased tourist activity adds demand for the scarce resource. To counteract this all tourist camps buy and transport firewood from the wooded areas in the north of Jordan. This is important as although the slow growing desert wood burns slowly and retains more heat, it is unable to replenish at the rate it is demanded with the increased activity in Wadi Rum.

We like many responsible camps endeavour to have a minimal impact on the nature of Wadi Rum. As any responsible operator we work with foundational principles, such as traditional construction, incorporation of natural elements, maintaining a clean and tidy campsite and responsibly disposing of our waste.

In addition to this we operate environmental systems such as solar, gravity fed water system and attempt to minimise the impact of our guests on the natural environment. We take great pride in our environmental awareness, lead by example and attempt to educate others in the community about the importance of these principles. We preach responsible consumption of the scarce use of water and encourage firewood to be sourced commercially wherever practical.

We are engaged in academic research programs to document and preserve the petroglyphs and inscriptions in the area. An annual clean-up day has been launched to remove rubbish that has been left in the Protected Area. It is hoped that this will raise awareness of the issue in the community. We genuinely feel that by setting an example in our community we can lead to a cultural shift in awareness about the negative impacts on our environment. 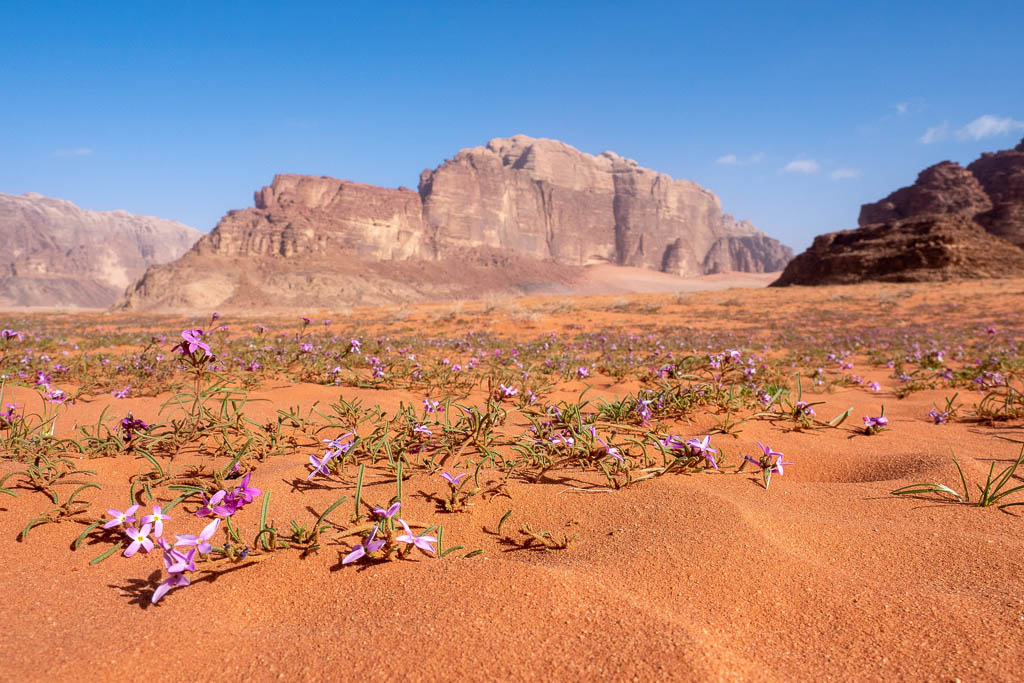 Preservation of plant and animal species

Wadi Rum has a diversity of flora and fauna given its environment. Most visitors will see few animal species and consider the land barren and lifeless. However the area is home to endemic species and has amongst the highest concentration of native plant and animal species on the Arabian peninsula.

The most notable wildlife conservation program in Wadi Rum is that of the reintroduction of the Arabian oryx. After becoming extinct in Jordan in the first half of the 20th century due to over hunting, the oryx were reintroduced along with a breeding program. The oryx were donated by the United Arab Emirates and there numbers have been steadily increasing in a breeding program underway on the western side of Jebel Rum since 2002.