The Map is an inscription on rocks at the base of the cliffs adjacent to Khor Al Ajram. The location has a variety of inscriptions from the 2000 years ago. The location is called ‘The Map’ because it was suggested that it depicts a map of wadi rum valley. You need a good imagination to see any form of map from the single line that snakes its way around on the rocks face. It is in fact improbable this was ever intended to act as a map. Rather it is in line with other early inscriptions of arbitrary lines and geometric shapes with no specific meaning.

The map is of Thamudic origins. It is heavily weathered and difficult to identify without someone tracing the line for you. You could easily overlook it while standing in front of it. However the surrounding area is scattered with inscriptions that are worthwhile. The map should be considered a place name for the surrounding sights rather than an attraction in itself to see.

The sandstone rocks scattered along the base of the cliffs have numerous Thamudic inscriptions. These will prove of greater interest to visitors. There are a number of primitive camel inscriptions with unusual shapes and a large number of oryx. There are additionally various names engraved vertically in Thamudic script.

The area was historically used to grow grapes in the time of the Romans. The surrounding low plateau known as Khor Al Ajram is in reference to anabasis which historically grew naturally in the area. 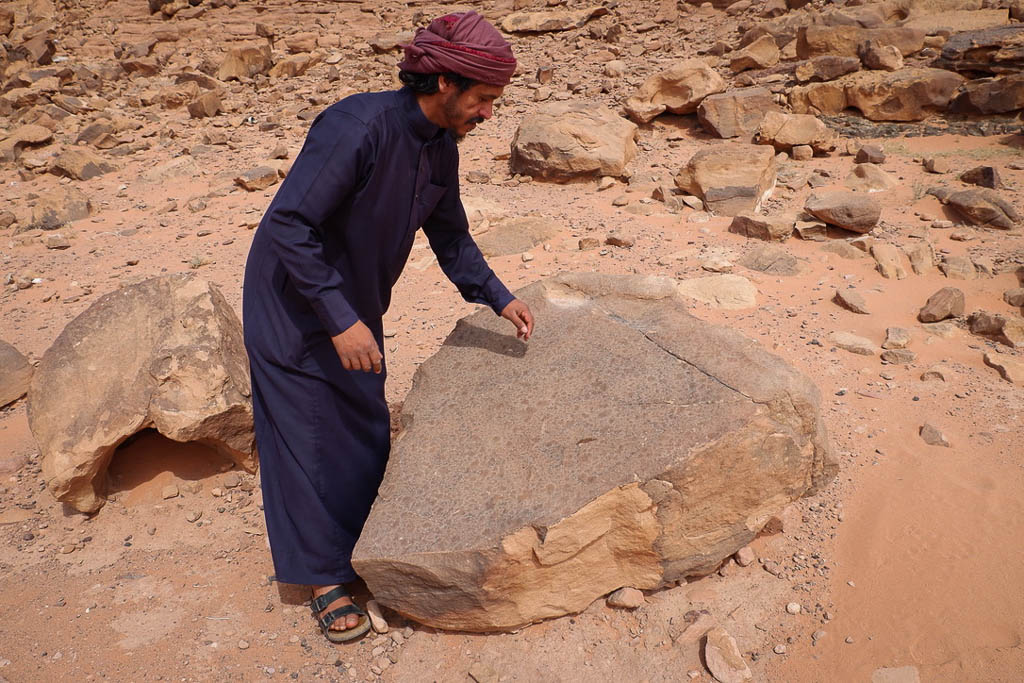