Jebel Rum was long considered the highest point not only in Jordan, but for hundreds of kilometres in any direction. Electronic altitude measurements contradicted this in identifying Umm ad Dami only 20km away to be 100 metres higher. Still an imposing feature with its red cliffs and standing at 1734 metres, the mountain has maintained its significance. The surrounding region is borrowing its name.

The second-highest point in Jordan, this mountain does not peak so much as plateau. It is jutting suddenly from the ground, like the wall of a castle set to protect the nearby Rum Village. But should you attempt to scale this massive structure, you will quickly understand that its hidden canyons, deep fissures, and narrow ridges, make it necessary to have a local guide. Most routes to the top require ropes and harness, although there is a single trail that is achievable without equipment. Many climbers sleep on the cliffs and you can often see the lights on the cliffs over the village during the climbing season.

Although not visible from ground level, Jebel Rum has a surface area of several square kilometres. It is known locally that when it rains it generates significantly greater volumes of water than the other mountains in the area. Both Al Shallaleh and Lawrence Spring are at the base of Jebel Rum’s cliffs. These natural springs provide year round water sources. From a distance you can see various pockets of green among the red cliffs. This is particularly evident in spring.

Jebel Rum is recognised as a hunting ground for wild animals who shelter high on the mountain. It is also considered a great source of wild herbs used in tea infusions and for medicinal purposes. 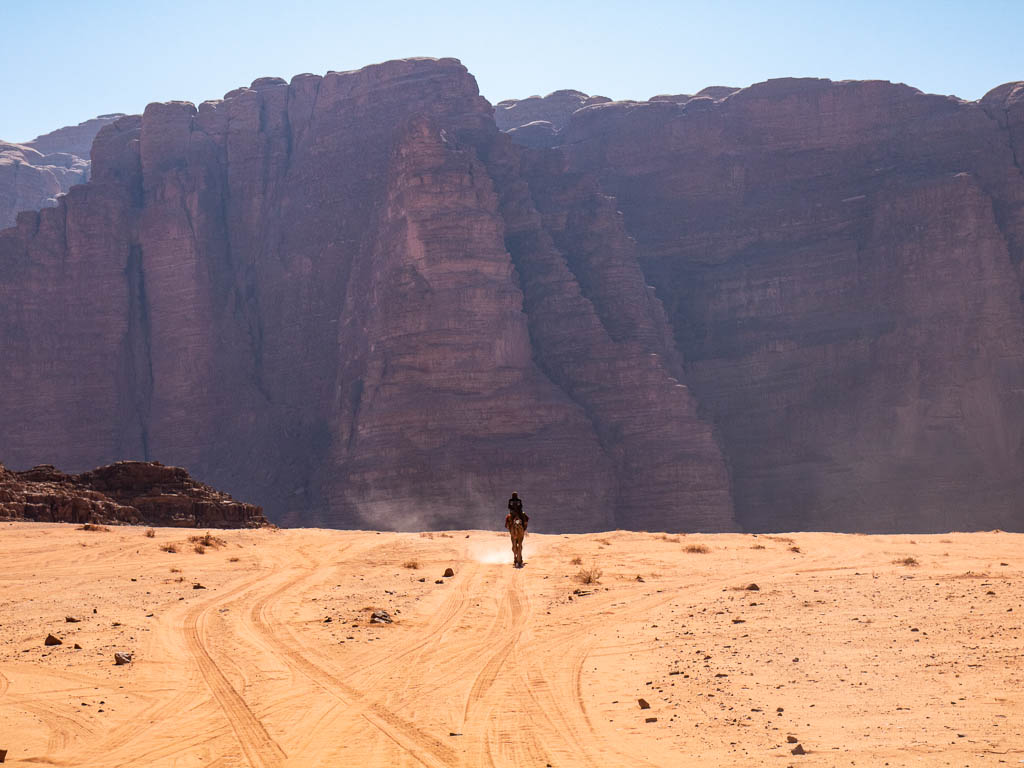