Al Qattar is potentially Wadi Rum’s most underrated attraction. Along with The Seven Pillars of Wisdom, it is the most unique major rock feature in Wadi Rum. Although it is known for its natural spring and historic cemetery, the best impression of al Qattar is from a distance. Immediately south of Jebel Rum in the red desert, it provides stunning landscape. An amazing photo opportunity!

Wadi Rums main valley is flanked by the steep sandstone cliffs off the four imposing mountains. Although lesser known than Jebel Rum, Um Ishrin and Khazali, al Qattar is no less impressive.

The majestic grandeur of al Qattar captures your attention from the moment it appears on the horizon. Visitors often gasp – “what is that one called?”. As you travel from the south, the dramatic red monolith contrasts the white desert sands. Weathered in a manner that it appears as a series of pillars. Furthermore it is often likened to a huge curtain. Views of Al Qattar are especially good from the south-east to Um Sabatah.

Al Qattar is named after the water dripping from the natural spring at the base of the cliffs. The spring with a large reservoir built to capture the water has acted as a watering hole for nomadic herders for centuries. Its importance is shown by the large cemetery where Bedouin buried those deceased while stationed at the spring. 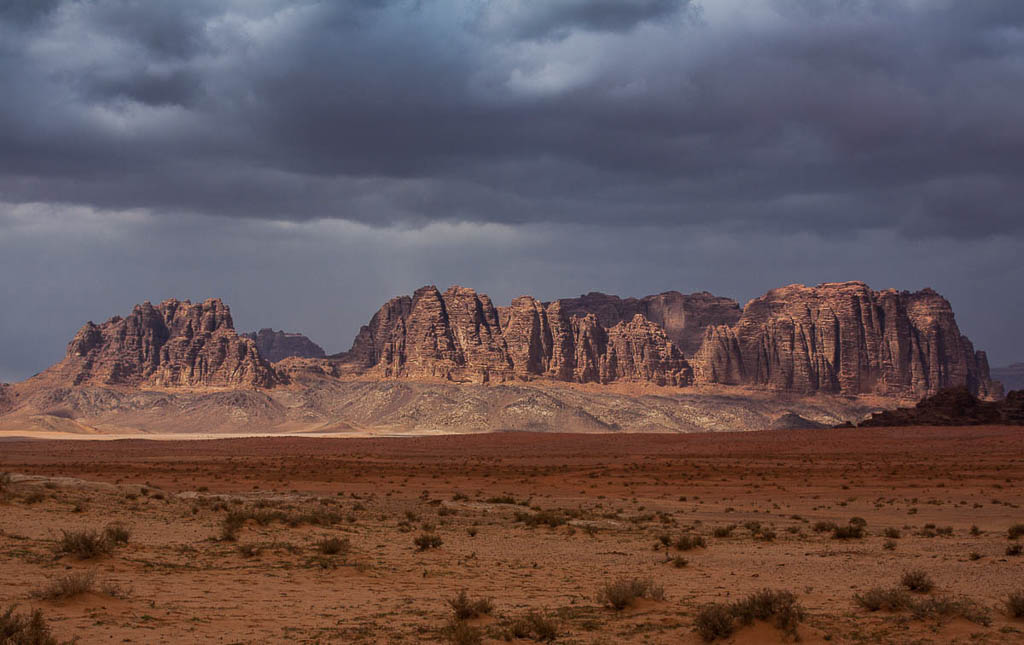