Although Wadi Rum appears to be an arid barren landscape to most visitors. It hosts a variety of endemic plant and animal species. There are rare plant species in the less accessible high rocky mountains of Wadi Rum. For most commonly seen species are anabasis and similar sand dune affixing shrubs. However in winter and spring following seasonal rains the valleys fill with wild flowers. One of the most visually appealing plant species in Wadi Rum are the now rare acacias which are commanding as the only trees to grow in the valleys of Wadi Rum. Their umbrella shape provides shade and a picturesque contrast against the towering red cliffs surrounding them.

The animal species of Wadi Rum are also diverse and endemic to the area. Discounting the domesticated species, most of the species are rare or extinct following the rapid introduction of firearms of motorised vehicles during the British protectorate. Most of the still abundant species are nocturnal, while the now rare species remain mostly in the less accessible mountainous areas in the south of the Protected Area. 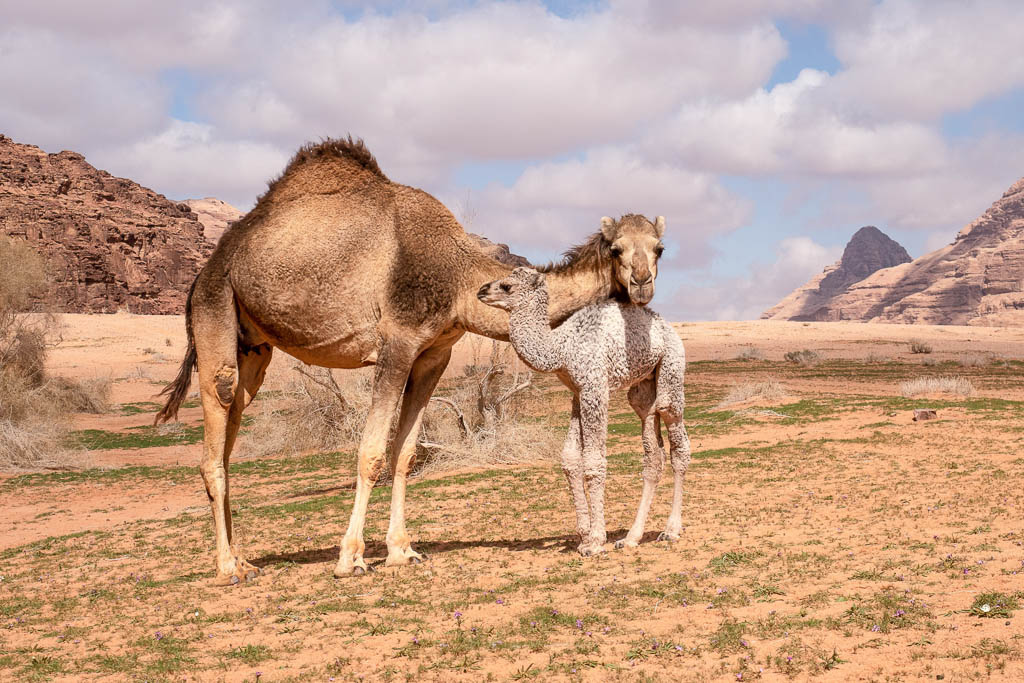 Among bird species are found in Wadi Rum, include breeding populations of several large birds of prey. The raptors are among the best known species and can often be seen circling overhead. In addition to resident populations, over 100 migratory species have been identified. Although dozens of raptors have been identified, Wadi Rum is considered one of the best locations in the world to see the Sooty Falcon. Likewise it is one of few locations in the Arabian peninsula that has records of the Verraux Eagle. Along with the circling raptors overhead there are an abundance of sparrow like birds including the national bird of Jordan, the rose-finch. These birds are those that will most commonly be seen up close by visitors to Wadi Rum. 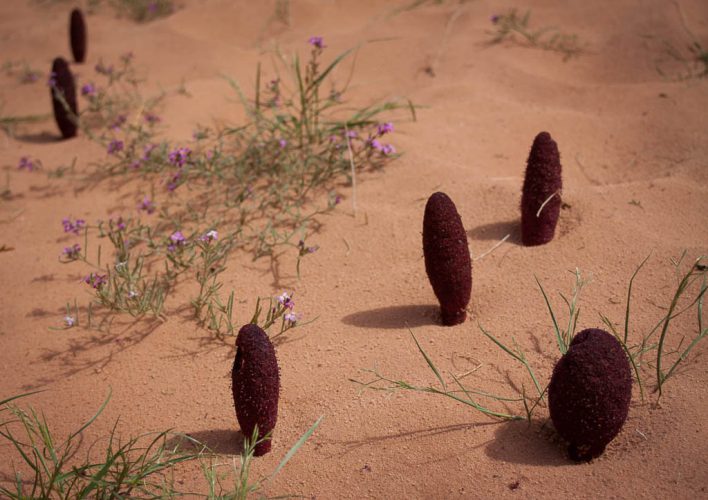 Fossil remains of brown bears, lions, zebras, elephants and rhinoceros have been discovered in Jordan. However human habitation reaching back nearly 100,000 years has forced these animals into regional extinction. Of the 26 mammal species that remain in Wadi Rum, 13 are considered rare or endangered within Jordan.

Snakes are relatively rare in Wadi Rum, throughout the year we will see a couple at most. They are shy and mostly remain in the high rocky areas that have little human activity. It is very rare for visitors to see snakes during their visit to Wadi Rum and uncommon to see snake trails. Because of the sandy landscape it is immediately recognisable if a snake has been in the area and they are easily found. Few of the species found in Jordan are venomous and deaths from snake bites are nearly unheard of in Jordan.

Wadi Rum has a number of small lizard and gecko species that are frequently seen throughout the Protected Area.

Scorpion’s are rarely seen in Wadi Rum and mostly hide under rocks. The population of scorpions are considered more dangerous than the snake species and are more common. Although it is rare to see a scorpion and they will attempt to escape if you do disturb one it is wise to remain vigilant.

The most common insect in Wadi Rum is the Blaps Beetles. These small beetles leave distinctive tracks in the sand.

Most of the animals you will see in Wadi Rum will be those of the herding Bedouin families. Throughout your visit you will see significant numbers of camels, goats, and sheep. Many herding families also have dogs, pigeons and chickens although these do not graze freely in the valleys are may be less obvious. 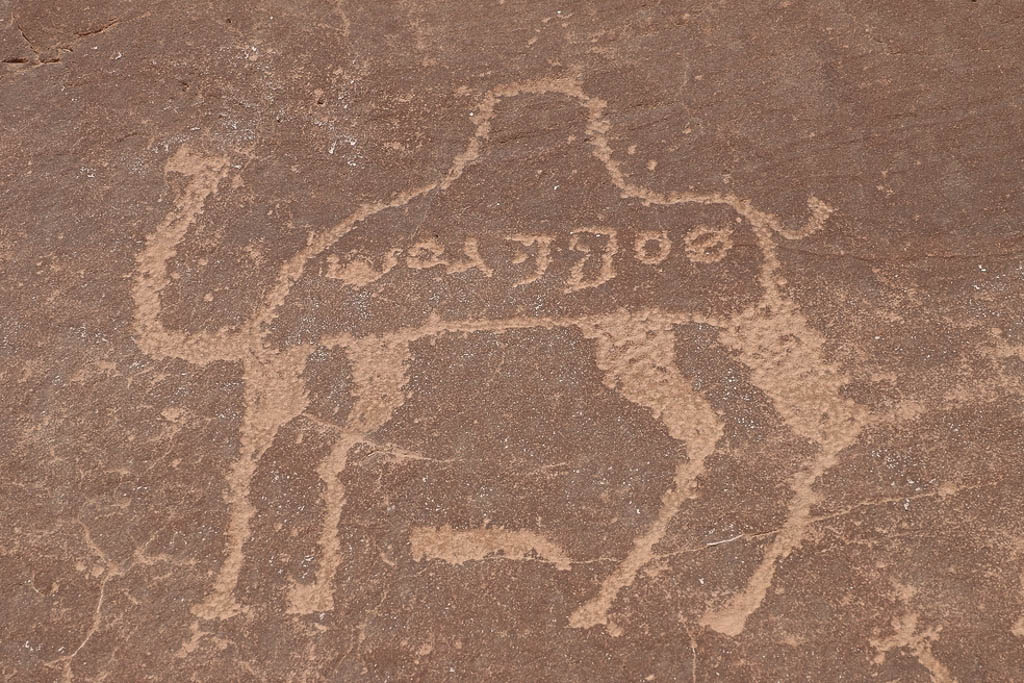 The vegetation that exists in the sandy valleys makes up the majority of plant life in Wadi Rum. Thesand dune vegetation is predominantly shrubs that sparsely populate the valley floors. The few trees that remain in Wadi Rum are premoninantly acacia, these trees are impressive in their isolation in the desert. The remaining vegetation is represented by Hammada which encompassed the species that grow amongst the rocky landscapes throughout jordan and are intermittently present in some rocky areas of Wadi Rum. In spring wild flowers appear throughout the desert with predominantly purples and white emerging throughout the valleys. Wadi Rum represents 3 of the 13 vegetation types that have been identified in Jordan.

Colchicum Crocus: the plant initially appears as several green shoots. The flowers emerge from between the green leaves. This is the primary flower species that covers the valley.

Cistanche: A short stem covered in violet and white flowers from its base is a parasitic plant that draws it nutrients from the roots of an adjacent host plant.

We welcome any knowledgeable visitors to stay with us during Spring in exchange for information regarding the specific species of wildflowers that occur in Wadi Rum.

Within the flora of Wadi rum there are 25 species considered medicinal – modern medicine is researching anti inflammatory properties of many of these species. Ancient medicine in the Arabian peninsula would prescribe these plants for use as treatments for common ailments.

Hyssop: good for blood circulation and treatment for sore throat and coughing