The Libra constellation is one of the original 48 constellations listed by the Egyptian mathematician Ptolemy, who lived under Roman rule in Alexandria in the 2nd century. These constellations formed the basis for the modern list agreed by the IAU. Constellations from the southern hemisphere, unable to be seen from the Mediterranean, represent the majority of additions to the list. 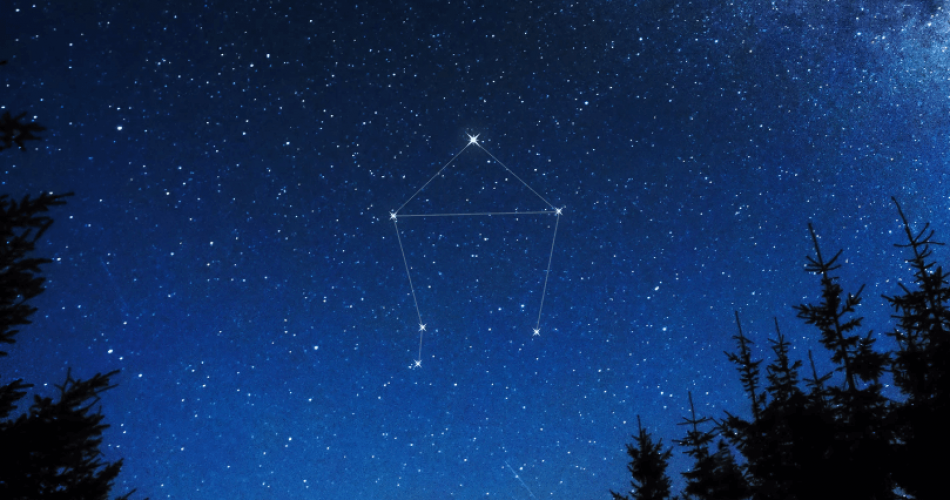 Which months can you see Libra constellation?

Libra constellation can be seen from December to August but can be found high in the sky at 21:00 during June:

As time passes the constellation will gradually appear earlier in the night with ranges below showing the window of opportunity in each month. Libra constellation sits between 10 – 30 degrees south latitude. Therefore, the further south your position the further north it will appear in the sky. At its maximum range it is possible to see Libra at latitudes between +60 and -90.

December: appear on the eastern horizon at 03:30. It will continue moving west until sunrise when it will be 20 degrees above the south east horizon.

January: appear on the south east horizon at 01:30. It will continue moving west until sunrise when it will be 40 degrees above the southern horizon.

May: appear on the south east horizon at 20:00, reaching its peak at 24:00, 45 degrees above the southern horizon. It will continue moving west until 04:00 when it will begin to be only partially visible on the south west horizon.

July: 40 degrees above the south horizon at sunset. It will continue moving west until 24:00 when it will begin to be only partially visible on the western horizon.

August: partially visible above the western horizon before sunset becoming difficult to observe from 22:00. 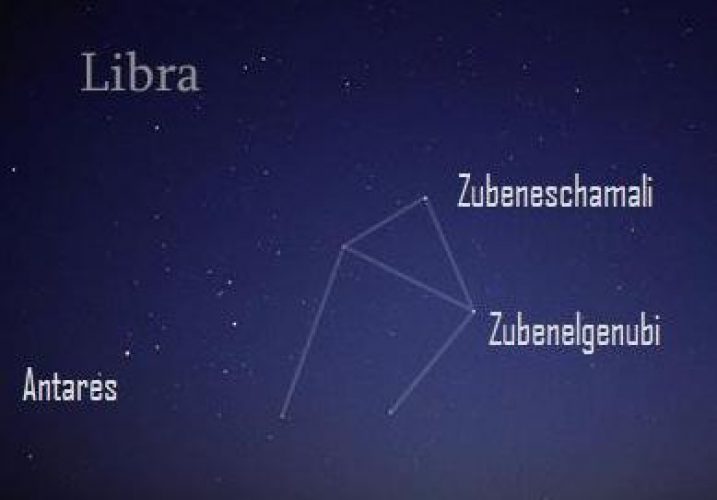 How to find Libra constellation?

Libra is a very faint constellation and it is difficult to find without any bright stars. The constellation can be found with the aid of neighbouring constellations. Scorpius is the best reference although it can appear low in the sky and for a short time for viewers at higher northern hemisphere latitudes. Spica the bright star in Virgo is another star that can be used to find the correct area of the sky to see Libra. Unfortunately even when the correct area is found it can be difficult to interpret the form as the stars are very faint with many bright stars in nearby Scorpius.

The bright star of Spica in Virgo is very prominent and is a good reference for nearby Libra. If you have identified Spica and Arcturus to the west of Libra then you can find Libra. From Spica you will need to most east. As Arcturus is north go from Arcturus to Spica and turn right 90 degrees you will find Libra around the same distance from Spica as Arcturus. The brightest stars in Libra are slightly closer to Spica than Arcturus.

Learn how to form the shape of Libra constellation

Recognising the shape is important. If you are able to use Scorpio to recognise the stars at the limits of the constellation then you can form the shape. 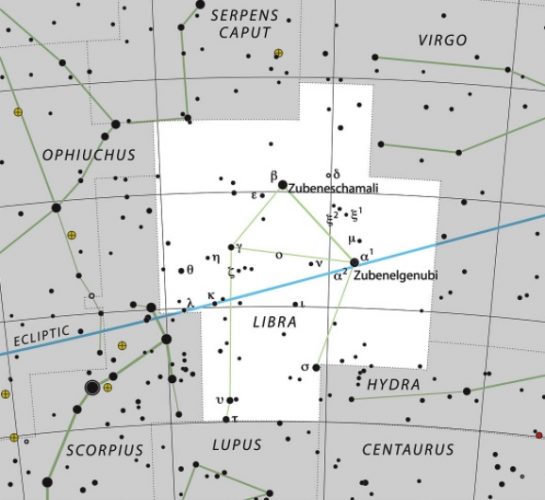 Libra constellation in the Ancient World

The Greek mythological goddess of justice was Themis. Depicted blindfolded and holding the scales. She was the daughter of Gaia, mother earth and presided over what was right and wrong. Themis set the guidelines for social interactions between people. Whenever Themis was disregarded Nemisis would bring about retribution. They were often depicted as kindred in their roles and temples were constructed jointly commemorated to them.

In ancient times the sun passed through Libra during the autumn equinox and has been suggested as the original representation of the balancing scales to reflect this constellation. It is theorised that as the equinox represents the length of day and night coming into equilibrium it would reflect the astronomical relevance of the scales to this section of the sky. The modern position has shifted but it would have been correctly located for early civilisations. 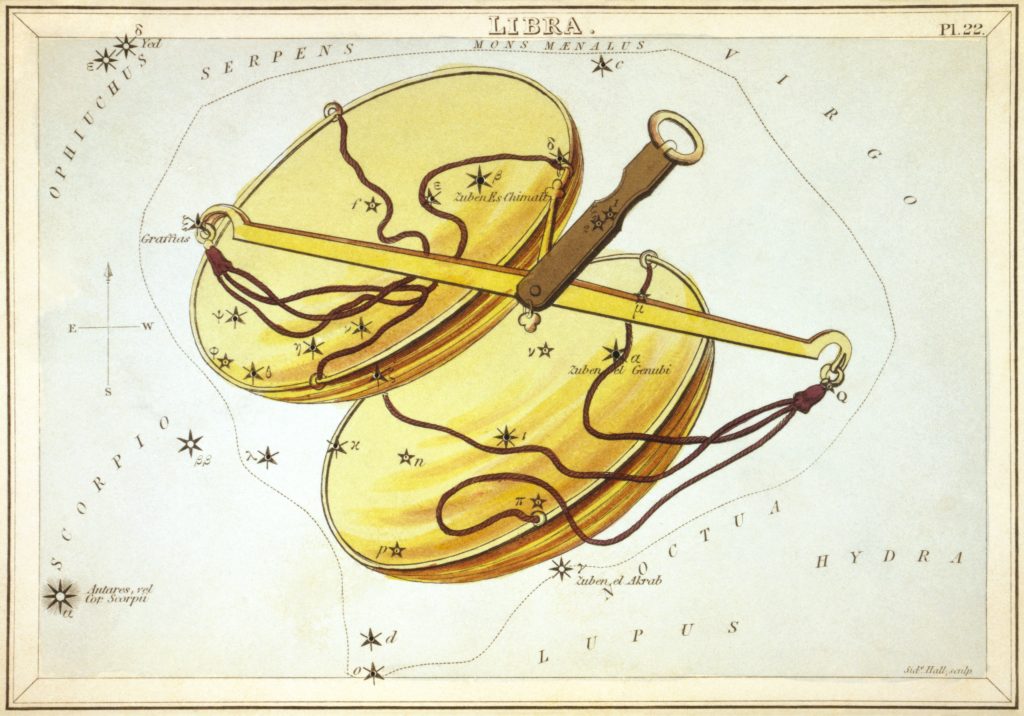 Zubeneschamali is from Arabic meaning ‘northern claw’ from ancient Arabic astronomers who viewed it as part of the neighbouring Scorpius constellation. It is the 102nd brightest star with an apparent magnitude of +2.61. The distance from earth is 185 light years. It is around 117 times the size of the sun. Zubeneschamali marks the handle at the top of the scales.

Zubenelgenubi is from Arabic meaning ‘southern claw’ from ancient Arabic astronomers who viewed it as part of the neighbouring Scorpius constellation. It is the 105th brightest star with an apparent magnitude of +2.64. It is a double star with a distance from earth is approximately 75 light years. Zubenelgenubi marks the right balancing point of the scales.

NGC 5897 – Globular cluster of stars around a galactic core