The major junction in Wadi Rum, located at the mid point of Wadi Rum valley, where the labyrinth of passageways expands eastward. As the wide plain opens between Jebel Um Ishrin and Jebel Khazali, tracks head in all directions.

‘Khor’ in Arabic refers to a flat plateau between higher ground, and ‘Ajram’ is Arabic for the Anabasis plant. The intersection of valleys has this name because the area used to be covered in anabasis. Prior to the emergence of the Nabataean Kingdom it was well known by local herders for livestock to graze the anabasis flowers in spring. During the reign of the Nabataean, water from springs on the surrounding cliffs was diverted and the area was cleared to grow wheat and later grapes. The Romans continued this tradition and used the area for wine production throughout their control of the area. Several olive and wine presses have been discovered by archeologists in the area!

Since the vineyards of the valley were abandoned it become a barren sandy plateau. The large sand dune of Al Ramal has grown at the southern end of Khor al Ajram, as the sandy valley has been swept up by strong desert winds.

Khor al Ajram is very central to all the major attractions of Wadi Rum and acts as the unofficial beginning of the desert. The Map and Anfashieh Inscriptions are on the northern edge. Lawrence Spring and Al Qattar are to the immediate west. Lawrence’s House and Little Bridge are on the eastern limits. Khazali Canyon and the Khashash valley that leads to Arabian Nights Camp are to the south. 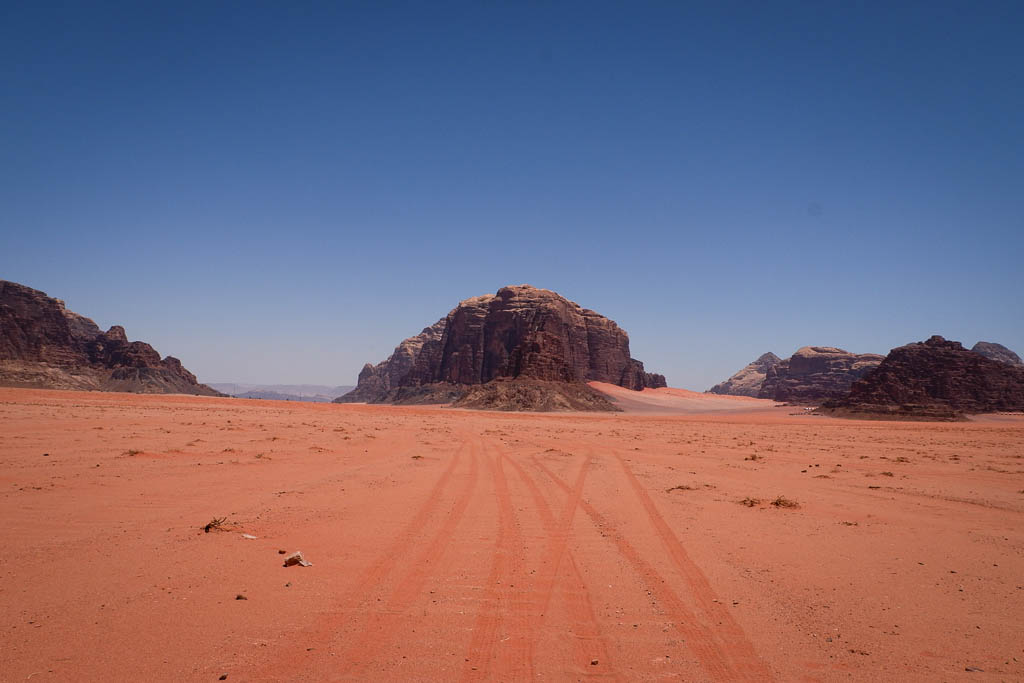