BEST CONSTELLATIONS TO FIND EACH MONTH

Navigation by the stars was most relevant to explorers particularly those by sea. It is a skill that is becoming lost with the advancement of technology. Fortunately it remains enjoyable to be able to identify constellations. Bedouins of the past intimately knew the land and did not require markers to navigate by night. However they still maintained vast knowledge that they used to track seasonal changes and were competent at using the stars for coordinal points. Through the advent of lighting and stimulation evening activities have drastically changed over the past decades.

Wadi Rum has a number of factors that make one of the best locations in the world for stargazing.

It is beneficial to have some bearings to aid you in which areas of the sky to look. For reference the direction through the valley towards the village is north. The camp has minimal light pollution and is a good open area, moving up to a higher vantage above the camp increases visibility to the east and west. Khor al Ajram is a good open location for stargazing although it is negatively impacted by light pollution. Open areas south of Um Mugur offer ideal plains without artificial light.

Most important factors to ensure no light polution:

Brightness and distance of stars

Star brightness is scaled in magnitude. Each point of magnitude increase references 2.5 times reduction in brightness. The zero reference point is the star Vega of the Lyra constellation.

The Sun has a magnitude of -27

The Moon has a magnitude of -13

Other planets: (they all range due to the significant variance in location in our night sky – approximate mean values given)

The number of stars visible at each magnitude is

For this reason when star gazing it is important not to expose your eyes to artificial light. Your visibility will be significantly reduced for several minutes if you view a phone screen, look at headlights or sit near an open flame. You looking at the dimmed screen on your phone will effect your eyes sensitivity and eliminate visibility of 90% of stars. For the best experience it is best to sit in complete darkness for several minutes and allow your eyes to adjust and then avoid artificial light sources that would counteract that.

Why is magnitude measured from Vega?

Vega is an important star for a number of reasons.

With most astronomical research historically taking place in the northern hemisphere middle latitudes it became a major focus and was used to test many advancements in astronomy theories. It was also used as a reference point not only for apparent brightness but also colour spectrum of stars.

How far away are the stars?

Many star gazing applications allow you to hover over stars and get basic information including their distance from earth. However quantifying these staggering numbers is difficult. Something that puts it into perspective is yourself.

There are a total of 133 visible stars within 50 light years of earth. The majority of these are very faint to the naked eye with around half above magnitude 5. From where ever you stand on the planet, earth itself is obscuring at least half of the space around you. This means that even with perfect conditions at most a quarter of these stars would be visible to you.

In the northern hemisphere the primary navigational reference star is Polaris, better known as the north star. The north star is the star which all other stars appear to revolve around. The northern star is not particularly bright and is easier identified from other ‘pointers’. Within the northern hemisphere the northern star is visible throughout the year. Surrounding the north star are the circumpolar stars. The higher your latitude the more circumpolar stars are visible throughout the year. The trade off being that the lower your latitude the more seasonal stars will be visible from your location. Fewer total stars and constellations are visible from higher latitudes over the course of the year.

Nevertheless the circumpolar stars remain important in stargazing as they are always able to be identified on a clear night. Other constellations require a seasonal awareness of when they will be visible in the southern skies.

How to locate the North Star?

As the north star can seem faint, it is easiest to identify through some of the circumpolar asterisms and constellations. Circumpolar references those elements that visually revolve around the polar north. These markers maintain the same relative position to the north star and become useful identifiers. The circumpolar stars never move below the horizon and can be identified at any time provided there is sufficient relative darkness.

We have added the names of important stars within constellations and any guests with stargazing apps will be able to use the star names to validate the constellations as they identify them. Remember not to check your phone while you are seaching for stars as it will effect your eyes sensitivy to light.

What is an asterism?

A collection of recognisable stars that are not a constellation or form a part of a constellation are known as an asterism. Popular asterisms are the handle of the big dipper, the summer triangle and Orion’s belt

Step 1: The Big Dipper (The Saucepan)

The Big Dipper (also known as the plough or the saucepan) is part of the Ursa Major or Big Bear constellation. It is easy to locate as a circumpolar asterism with all 7 stars in the formation with apparent magnitudes below 3.3. The 3 stars of the handle Alkaid, Mizar and Alioth are easy to identify as 3 bright stars in a line in the north sky. Once you have identified the handle the pan is simple to identify, with the 4 stars of Megrez, Phecda, Merak, Dubhe. The two stars furthest from the handle form a straight line to Polaris. To locate the north star move 5 times the distance between the 2 stars upward from the saucepan.

You may notice that many stars have Arabic names, this is the legacy of the great Arabic astronomers of the middle ages who made significant advancements in the field.

From Polaris (the north star) if you draw a direct line down to the horizon this will determine due north. From here you have your co-ordinal points and can determine where to find other constellations.

The back legs are long and extend down from the star at the base of the pan closest to the handle (Phecda). The front half of the torso extends out from the pan and has a pointed tip of the nose (Muscida). The front legs extend down and the two front feet are marked by clear stars in close proximity to each other (Talitha).

The north star (Polaris) forms the end of the handle of the smaller bear or saucepan. It also has 7 stars with 3 forming the handle and 4 forming the pot. Unlike Ursa Major, the small bear is a much simpler shape and is only represented by the 7 stars.

Draco is the dragon constellation. The tail of the dragon runs between Ursa Major and Ursa Minor. The head of the serpent is directly below the pan of the Ursa Minor approximately double the distance of Polaris at the end of the handle in the perpendicular direction. Thuban is the head of the serpent and is a significant as it was the north star 4000 years ago. The early pyramids in Egypt point towards Thuban. The constellation has 14 main stars, with 4 forming the head and 10 forming the tail of the dragon. From the head the tail heads towards Polaris before bending back upon itself and curving around Ursa Minor towards Ursa Major.

Cepheus is a constellation that is often simplified as being a simple house (triangle on top of a square). It is also referenced as being a kings crown although it is more identifiable as a bishops head dress (mitre). Cepheus is the king constellation detailed by Ptolemy. Cepheus is directly alongside the queen constellation of Cassiopeia. Midway between Draco and Cassiopeia. Another reference is that the pointed top of the house is half the distance past the North star from the Big Dipper.

The full constellation of Cepheus also includes some additional stars that form the brim of the hat or balconies of the house. The brightest stars in Cepheus from the wall of the house farthest from Cassiopeia. The stars of Alderamin, Alfirk & Alkidr are the 3 brightest forming the wall and balcony facing Draco. 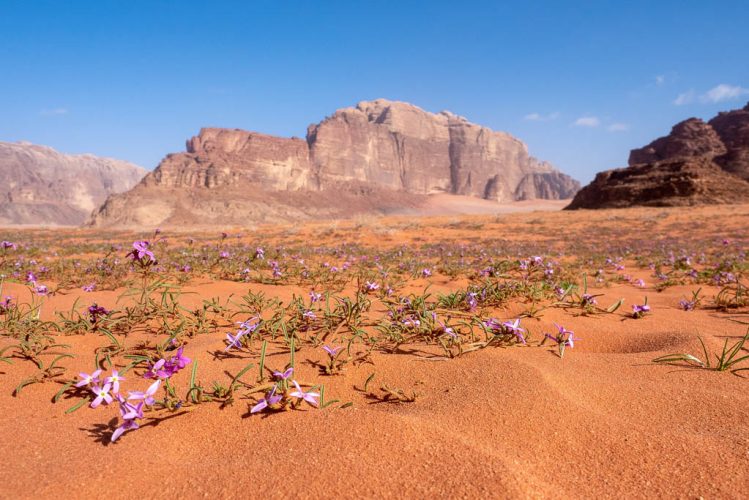 There are 88 recognised constellations, expanded on the list of 48 published by 2nd century greek astronomer Ptolemy. You have already identified 5 circumpolar constellations with Ursa Major, Ursa Minor, Cassiopeia, Draco and Cepheus. Of the seasonal constellations the best known are the zodiacs which mark the movement of the sun.

In any given Zodiac month you will be able to see the opposite zodiac in the night sky and its two neighbouring constellations. Given modern day constellations are out of alignment, cycles are currently approximately 1 month away from the official zodiac dates.

As different cultures had slightly different reference points for their constellations there was an attempt to form an international standard for constellations which led to the establishment of the 88 universal constellations. Zodiac constellations differ from Zodiac signs. The sign represents the serpent handler and was one of the constellations initially outlined by Ptolemy in the 2nd century. It is the 13th constellation that the sun passes through and is located between Scorpio and Sagittarius.

How to locate the milky way?

Why do stars twinkle?

The light from stars is travelling huge distances, over those distances that light is being effected by the atmospheres of the objects between. Although planets can also twinkle in specific conditions as they are significantly closer they often appear as a solid light.

How do I know if it is a planet?

Planets are significantly closer than stars and they are reflecting the light of the sun similarly to the moon. As such they do not twinkle like stars do – this is the easiest identifier for amateur stargazers. The colour of the light is also an indicator, particularly if you have some knowledge of the expected location of the planet. Mercury = yellow, Venus = very bright & yellow, Mars = red, Saturn = white, Jupiter = bright & white. However planets are not always easy to locate as their location in the night sky is rapidly changing. To identify planets it is ideal to research their locations in the sky in advance.

How do I know if it is a satellite?

Satellites move across the sky slowly, they are similarly reflecting the light of the sun and at times can suddenly disappear if they are obscured by earth. You will notice them moving at a constant speed and in a straight line across the sky.

What are shooting star?

Shooting stars are not in fact shooting stars at all. They are small pieces of debris that are incinerating as they come in contact with the earths atmosphere.

What other deep-sky objects can I see with the naked eye?

Nebula are the main deep-sky objects amateur stargazers search for outside of the planets, stars and constellations. The most well known is Orion’s Nebula, historically known as the great Nebula, this cluster of light can be found directly below Orion’s belt.

Major meteor activity occurs several times every year, they are normally associated with major comets that are passing. Several factors determine the level of activity including the fullness of the moon. If you would like to enjoy a meteor shower in the desert skies it is best to refer to a reputable meteor forecasting websites such as astronomer or seasky. 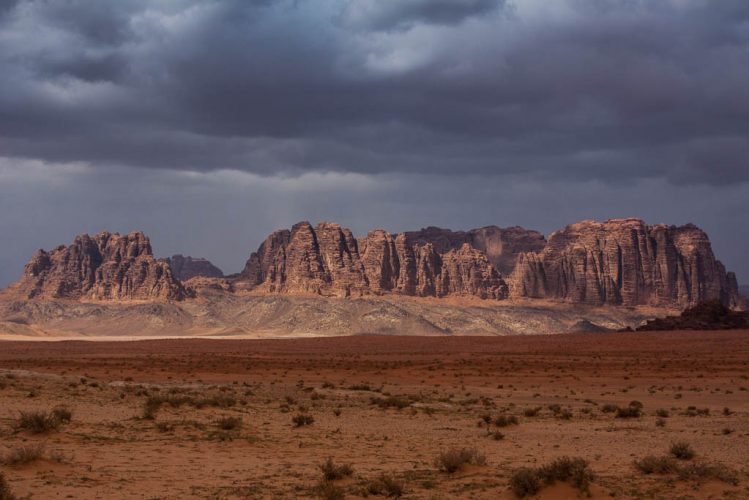